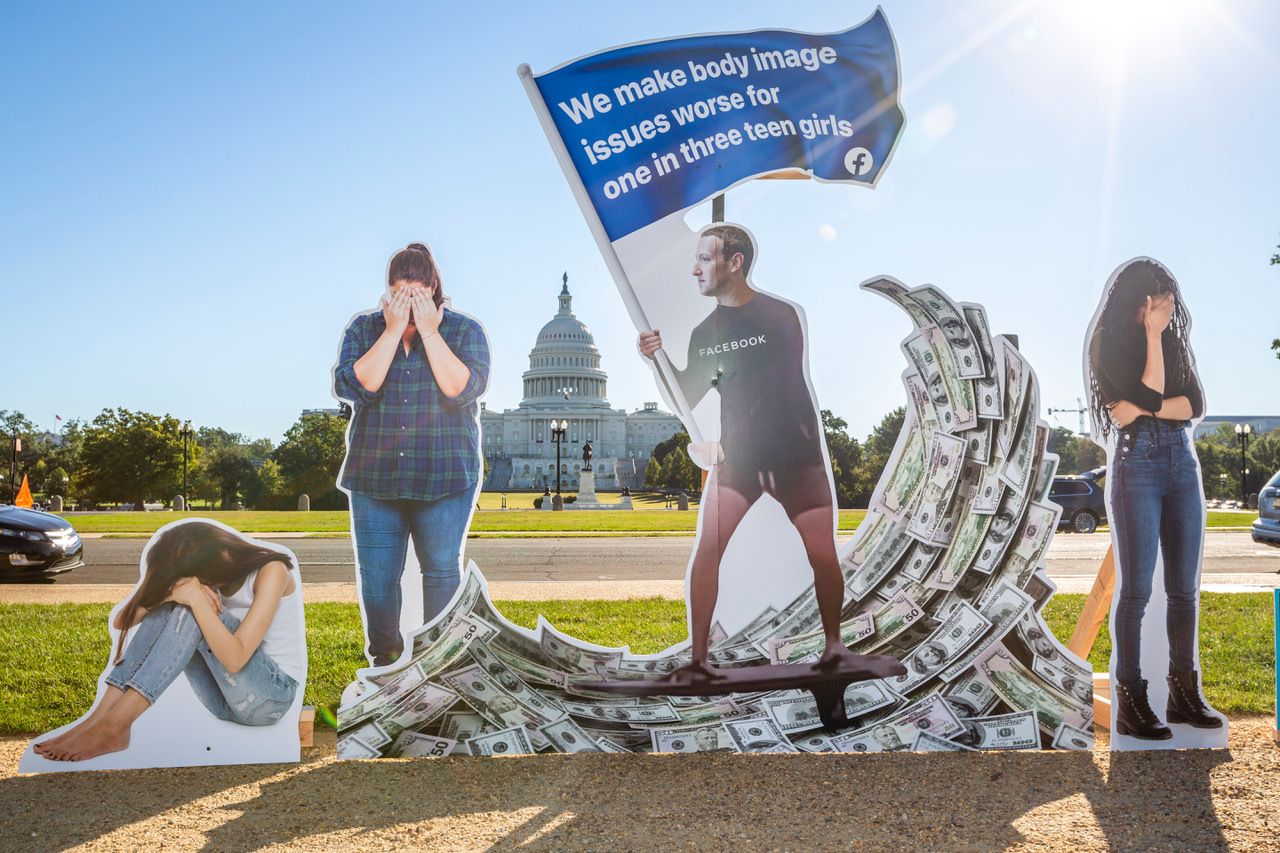 With more than a billion people now using Instagram across the world, the Facebook-owned platform plays an outsized role in shaping visual norms and portraying aspirational goals for vast swathes of society today. Though this staggering degree of influence offers significant potential to enhance the public good, all too often it is used to maximise corporate profits at the expense of individual well-being and agency. Case in point: A research report commissioned by global activist group SumOfUs, which reveals the alarming degree to which content that promotes eating disorders, plastic surgery, and skin whitening products is made available on the platform to young women and teens.

Body image issues -- already highly prevalent amongst young people -- have been exacerbated by Covid-19. The number of patients ages 10 to 23 suffering from eating disorders has doubled since the start of the pandemic, and the National Eating Disorders Association in the US has seen a 40% increase in calls to its helpline since March 2020. With more time spent online, young people are increasingly susceptible to the persuasive suggestions of Instagram’s algorithms -- a manipulation machine designed to maximise engagement by amplifying content which is routinely harmful, untrue, or both. Such suggestions can be devastating on mental and physical health, with Instagram acknowledging having promoted weight loss content to people with eating disorders (unexpected triggers carry significant risk of relapse).

Aware of this highly serious issue, and unconvinced that Instagram and Facebook were taking sufficient steps to remedy it, the researchers examined 720 Instagram posts to better quantify the scale of the problem (240 posts each on eating disorders, plastic surgery, and skin whitening). Their research findings confirm that despite Facebook’s promises to curb such content, Instagram remains full of toxic posts that pose an immediate danger to the lives of those who use its services -- one heightened for teens and people of colour.

These findings dovetail with recent Wall Street Journal bombshell reporting on the significant negative impact of Instagram posts on teen girls. As revealed by the Journal, Facebook’s own internal research declared: “We make body image issues worse for one in three teen girls” and “Teens blame Instagram for increases in the rate of anxiety and depression.” Yet despite this and other critical information being made available to top executives, the company has continued to consistently target the most at-risk groups. Without regulatory intervention, Facebook simply has no financial incentive to remove the harmful content.

In response to its troubling findings, SumOfUs is calling for legislators to pass meaningful platform regulation and take action to ensure Instagram, Facebook, YouTube, TikTok, and other platforms give independent researchers access to the data they hold regarding the impact of their platforms on kids and teens.

Under the democratic banner of The People’s Declaration, the citizens of Europe have made it known that the Digital Services Act (DSA) and Digital Markets Act (DMA) must value people over profits. Findings like those in the SumOfUs report underscore the urgent need to turn off the manipulation machine. The organisations of The People's Declaration, which represent over 25 million citizens across the European Union, are firm in their conviction: “It is time for these platforms to de-risk their design, detox their algorithms, give users real control over them and be held to account for failing to do so.”