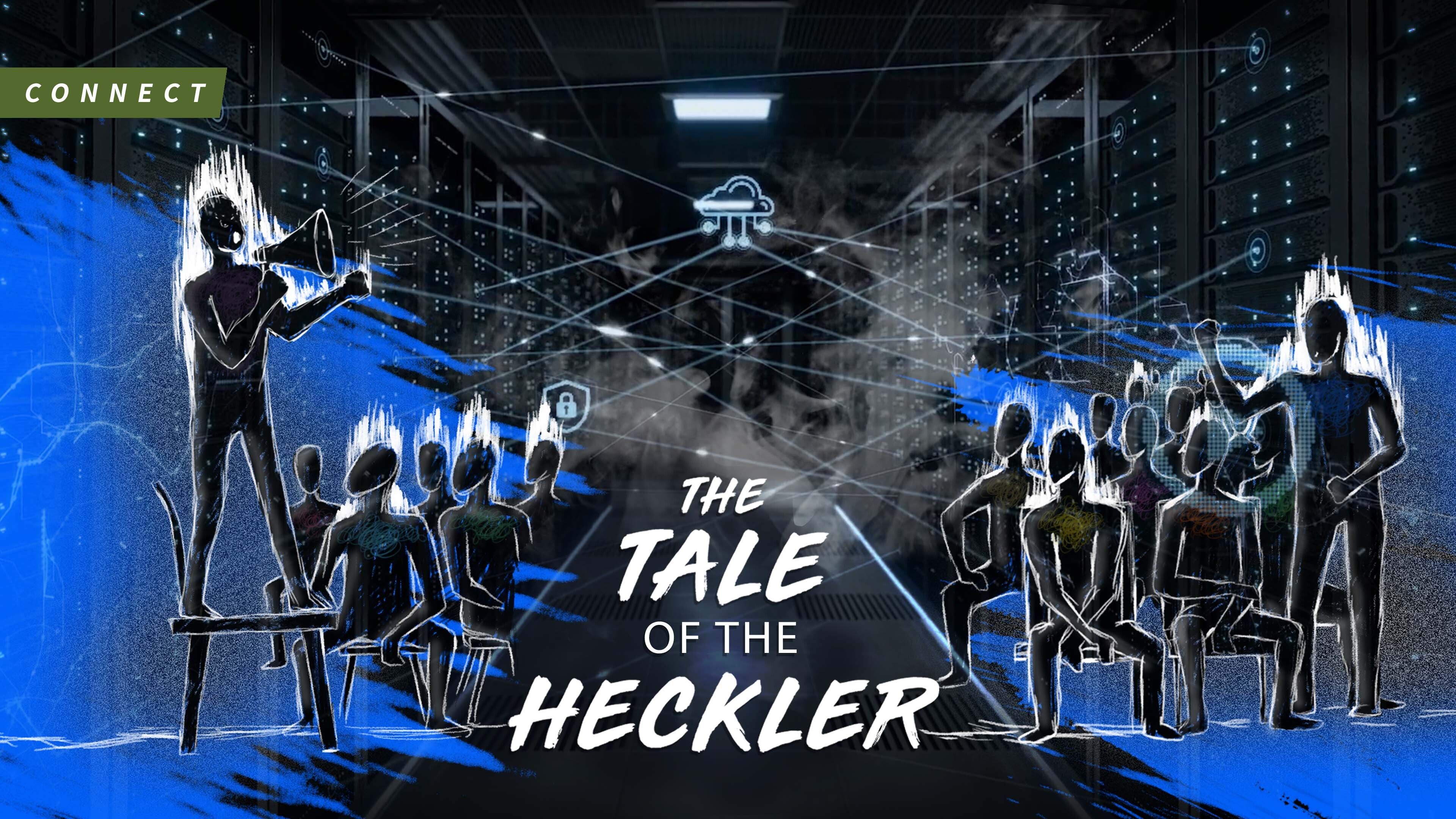 The Tale of the Heckler

Interactive streaming platform WaterBear has released a short documentary film called The Tale of the Heckler. The film illustrates how social media platforms are amplifying mis and disinformation, undermining the ability to progress on critical issues like climate change.

Watch the film below.

The short film tells the story of a heckler at a town hall meeting where people are discussing the increase in extreme weather, its connection to climate change, and what could be done about it. The heckler claims that the storms have nothing to do with climate change and at first, only the people closest to the heckler can hear his dissent. But then he is handed a megaphone, and suddenly his opinion is able to travel further and more loudly than before. Quickly, the attention is taken away from the purpose of the town hall meeting and people leave dispirited and divided by the takeover of the meeting by the heckler.

This is how mis and disinformation spread on social media - powered by algorithms that can make unverified, triggering information go viral, creating a crisis in our information ecosystem. These platforms’ algorithms end up rewarding outright lies and hate because it keeps people clicking and scrolling for longer. This has deepened fault lines across different societies and the film shows how digital world lies exacerbate real-world crises.

The film was commissioned by the global philanthropic organisation Luminate. Alaphia Zoyab,  Director of Advocacy at Reset, an initiative of Luminate, said: “We live in a disinformation age where lies and hate powered by algorithms are getting amplified to millions of people.  Through this simple take of what happens to a heckler at a town hall meeting, we see how social media is polluting our public square, threatening our progress on so many vital issues. To solve this information crisis, first, we need to understand it.”

The film releases at a critical juncture when the EU (Digital Services Act) and the UK (Online Safety Bill) have draft laws on regulating Big Tech that are currently being debated. A massive movement of citizens across Europe is urging these governments to ensure that new laws don’t just tackle illegal content but force platforms to address systemic risks created by social media algorithms – such as the amplification of disinformation, hate and abuse.

Stay in touch with us.