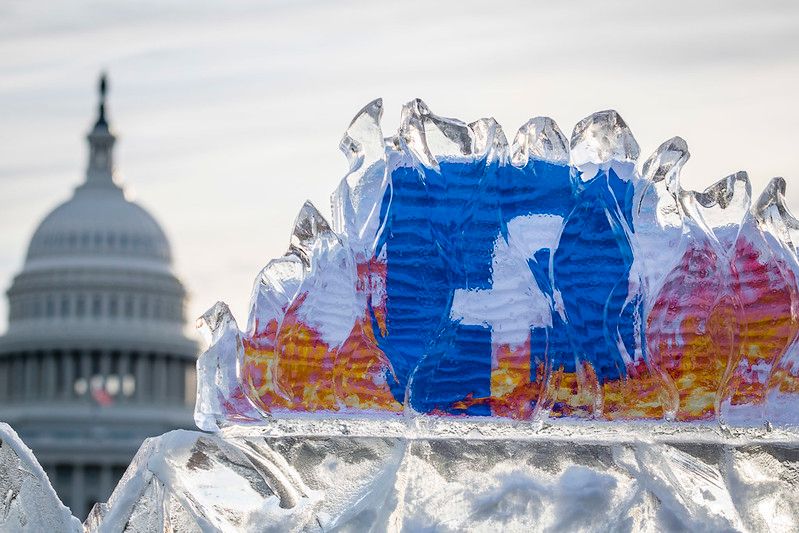 As global leaders convene to set stronger emission goals at COP26, a new report reveals the alarming growth of climate misinformation on the world’s most popular platform.

Politicians and policymakers from all over the world have gathered in Glasgow for the 2021 United Nations Climate Change Conference (COP26) with the goal of establishing emission reduction standards consistent with targets from the landmark 2015 Paris Agreement. Yet while the scientific community warns strong action must be taken immediately to stem the climate crisis, the threat posed by climate change deniers is increasing with alarming speed due to the amplification of their outlier voices on online platforms. As a new report by Stop Funding Heat and the Real Facebook Oversight Board reveals, not only do climate misinformation posts rarely receive fact-checking labels on Facebook -- but views of such posts on the platform far outpace the number of visitors Facebook sends to its Climate Science Information Center to get accurate information.

Though Facebook has implemented significant sustainability policies across its operations and carbon footprint, the reality remains that climate change denial -- perhaps the largest threat to meaningful environmental progress -- continues to thrive on the platform. A recent analysis by Avaaz from May 2021 found an estimated 25 millions views on Facebook of “misinformation related to climate science and renewable energy” in the first two months of President Biden’s term alone. The constant spread of this type of toxic information plainly undermines the tech titan’s other environmental efforts and threatens to negatively impact the viability of new, large-scale climate policies such as those being discussed at COP26.

The second, #In Denial - Facebook’s Growing Friendship with Climate Misinformation, takes this analysis a step further by documenting the significant spread of misinformation across organic posts and ads on the platform. Drawing off an English-only dataset of 196 accounts and 48,700 posts from January to August 2021, the just-released report from Stop Funding Heat and the Real Facebook Oversight Board highlights several key findings, including:

Further unpacking these numbers helps to demonstrate the extent of the problem. As the report notes, the 818,000 to 1.36 million daily views of climate misinformation are particularly troublesome because they represent 8.2x to 13.6x the number of visitors Facebook sends to its Climate Science Information Center on a daily basis (according to Facebook’s public claim that its center has “over 100,000 daily visitors”). And for some of the most problematic climate misinformation accounts (i.e., the 41 pages and groups in the dataset that exclusively post climate misinformation), engagement is growing. In January 2021, these accounts saw 165,000 interactions with their posts. By August 2021, that monthly figure had climbed to 241,000. Further muddying the waters, only 10.6% of posts in this subset included a Facebook-applied link to the Climate Science Information Center, and only 9.1% had a fact-checking label applied. That means 80% of climate misinformation posts from accounts solely dedicated to posting this type of content received no intervention from Facebook whatsoever.

In addition to profiting off increased user interactions with inflammatory posts, the report also demonstrates that Facebook continues to accept payment for climate misinformation ads. Using the Facebook Ad Library, the report identified 113 climate misinformation ads from 1 January to 17 October 2021. Facebook’s own figures estimate these ads received 11.7 million to 14.1 million views. These ads included language such as Turning Point USA’s “Climate Change Is A HOAX!” and PragerU’s “Are you fed up with the left’s dishonest climate propaganda and hysteria like Tomi Lahren is? Sign this petition to tell mainstream media to stop censoring the important work of scientists and scholars.” 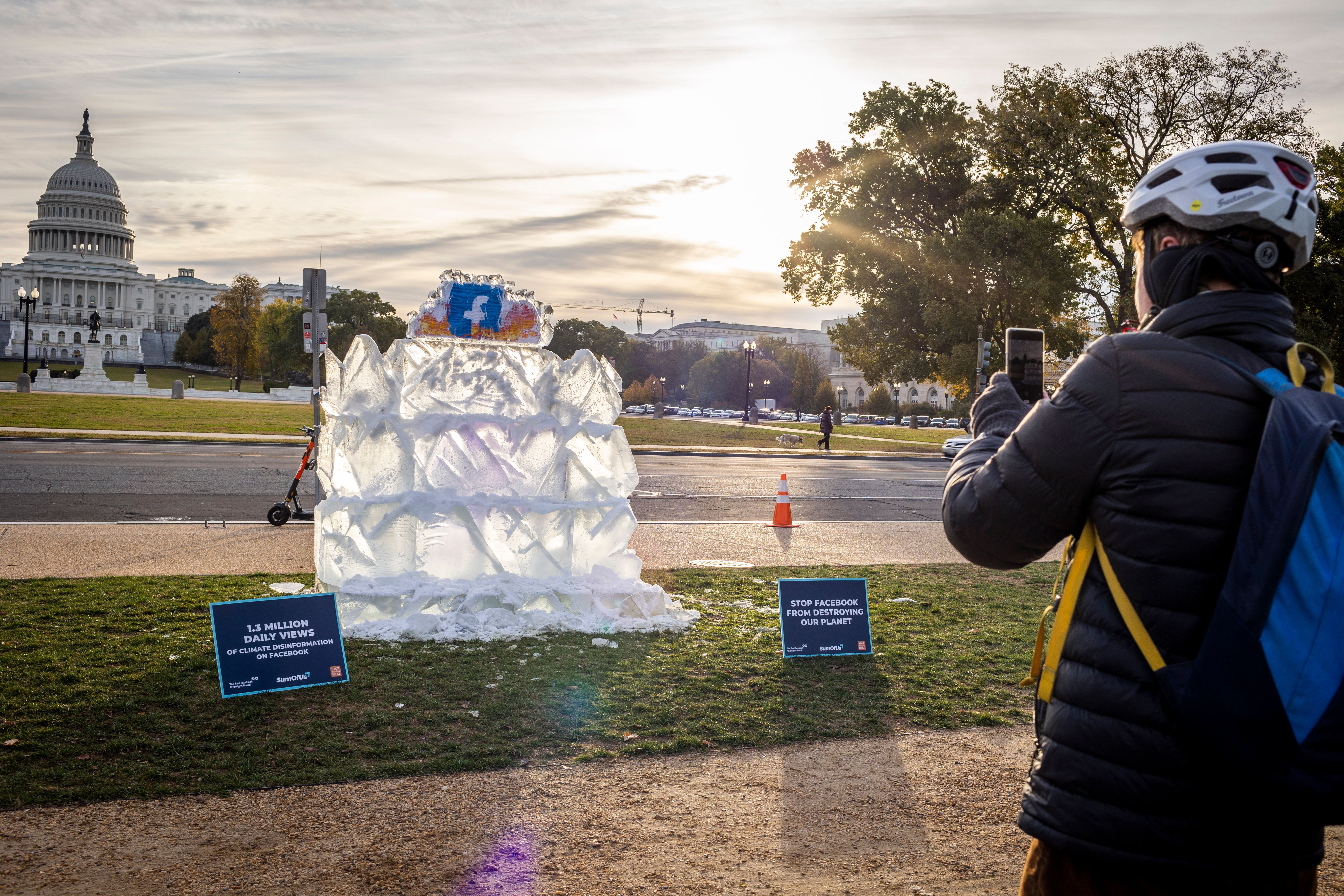 To help draw attention to the report and climate misinformation crisis on Facebook, global activist group SumOfUs placed a 5,000lb block of recycled ice in front of the U.S. Capitol on 4 November. As the ice melted, Facebook’s logo and flames became increasingly apparent -- paralleling the damage being done to the planet by the company’s climate misinformation failures.

Said SumofUS campaigns advisor Rewan Al-Haddad, “The flood of disinformation unleashed by Mark Zuckerberg and Facebook is drowning audiences around the world, with more than 1.3m views of climate misinformation each day. Demanding better of Facebook only leads to more greenwashing and lies. We call for the US, UK, and the EU to stop Facebook’s unchecked power, for the sake of our climate and our collective future.”

Said Sean Buchan, Chief Researcher for Stop Funding Heat, “Facebook has been told over and over, through public reports and in private meetings, that its platform is a breeding ground for climate misinformation. Either they don’t care or they don’t know how to fix it.”